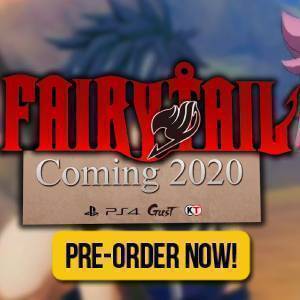 Attention: In order to redeem the CoD Black Ops 4 key you need to have an official account on the Battle.net game platform, which is where the game will be downloaded once you enter the cd key that will be sent to you by email after the purchase of this product.

Call of Duty: Black Ops 4 is another of the great titles expected for 2018 and we have little information about it, not only about the way it will be played, but also about the period in which it will place us. This is Activision's most successful franchise, CoD 4 is expected to hit the market in October 2018.

After three years of development, as confirmed by sources from Treyarch, the creator of the popular Black Ops brand, returns with the fourth installment of the series and have clarified that it will have fewer elements of science fiction, so it could place us in the present. We still don't know so much about the game modes, whether it will have cooperative, the weapons available, whether it will have zombie mode,... And many more factors that, hopefully, will start to see the light soon.

What we can assure you is that it will continue to maintain the essence of the franchise with frantic multiplayer combat and an elaborate individual campaign, as well as all the subsequent DLCs that will introduce new multiplayer maps and weaponry, as we saw in the previous Call of Duty.

Update 18/04/2018: According to the latest rumours, this new CoD Black Ops will replace the traditional single player campaign with a Battle Royale version of the title, which would be a novelty in the franchise. This addition would cause Black Ops 4 to focus 100% on multiplayer or PvP mode, no doubt a novelty that we do not yet know the reactions of the community and whether they are only rumors or not.

Update 17/05/2018: The new Black Ops will feature a battle-royale mode, in the purest Fortnite or PlayerUnknows style. Specifically, it is called Blackout, and will seek to offer "an all-out combat experience", so CoD joins the game formula that is breaking all the player records.

this looks expensive i guess but the game engine is so much better than all battleground games for now. I think this game will be the best..

Pretty Fun game cause i have some much time with such little game and this game amazingly fill that boring time with some fun mayhem plus playing with friends is super fun.

This game on the first trailer was looking pretty bad, but after open beta, I changed my opinion. Now it's upgraded PUBG with no lagging servers and smooth experience.

Black Ops 4 gets it right as opposed to WWII and IW. Sure, there is no campaign but zombies are there plus numerous MP modes with a blast from the past maps, and the battle royale mode for those trendy youth out there.

This game is really good for competitive and friendly modes. I loved playing with my friends and felt a enjoyment with the Zombie modes once again

I want this game so bad!!! Hopefully i can buy it soon when i receive my money next moth so i cant play with my friends finally, looks so good

this looks expensive i guess but the game engine is so much better than all battleground games for now. I think this game will be the best..

I was used to play fornite or PUGB but that battle royale is amazing + the famous maps of other black ops in the multiplayer, it simple amazes me