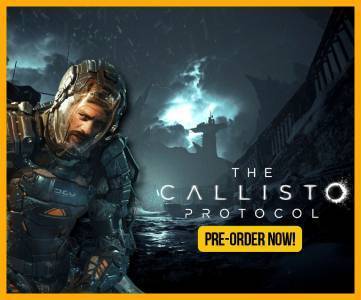 What versions will I find of Sifu for Nintendo Switch?

At Gocdkeys we include the different offers of Sifu in digital format and physical format for Nintendo Switch. The digital version can be in Key format or in Account format. We indicate next to the price the type of format, but remember to check in the store the process to checkout your product, as the Account Format may require more steps than a eShop Code.

WHAT YOU SHOULD KNOW BEFORE BUYING Sifu eShop Code?

What is the Sifu eShop Code?
Relax, it's nothing unusual, in fact it's the most common method of buying Nintendo Switch games!
A Key is a digital code (a set of letters and serial numbers) that you can redeem quickly and easily within the official Nintendo video game platform in exchange for a digital copy of Sifu for Nintendo Switch.
What does this product include?
Everything you need to start playing from home in minutes!
It includes the Sifu video game for Nintendo Switch, although some stores may include special editions with additional content such as a Deluxe or Ultimate edition. Also some stores may sell "Preorder Bonus" which means that version comes with extra content, such as DLC or cosmetics.
Are there regional restrictions for this Nintendo Switch game?
Beware, some of the eShop Codes sold in stores are regionally locked!

This product can be global or include region restrictions that only allow you to activate it in specific areas of the world such as Europe, USA or UK. Check carefully! We will tell you if there are regional restrictions.

How will I receive the Sifu key after I buy it?
In the easiest way you can imagine, directly to your email in minutes!
Your product will be delivered immediately after payment through your email, where you will receive a digital code, also called CD Key, which you can redeem without problems in the official Nintendo store.
How do I activate the Sifu eShop Code in my account?
If it's a eShop Code it's very simple, but an Account Format may have a little more complication!
If the game is in Account Format, follow the simple instructions provided by the store where you purchased it.

1- Sifu is an action videogame where you will play as a young Kun-Fu apprentice, who will face a terrible betrayal seeking revenge against his enemies.
2- After losing his family, a young man will be forced to abandon his studies in martial arts to find the murderers and kill them with the only help of his fighting techniques.
3- Enjoy thrilling physical combats that will allow you to use numerous Kung-Fu techniques combined with your ability to position yourself and use the elements of the scenery to your advantage.
4- Face a great variety of enemies and unlock new abilities as you complete the different missions.