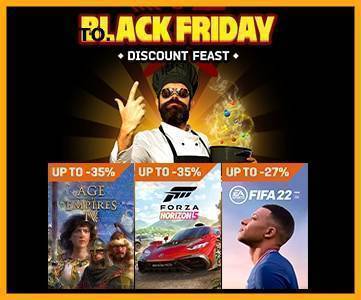 Out of nowhere, the gods of darkness and light created Agarest, a perfect and divine world where there was peace. Over generations, this paradise fell to the ravages of time. The war darkened the sky and the earth, and Agarest soon became a torturous hell where the gods watched as huge armies faced, desecrating the beautiful land they had created ... After many years, the war in neutral, Sieghart, a young officer loyal to the armies of light, will embark on a dangerous mission where he meets a strange girl and as a result, he will shifting without knowing the fate of the world forever.

Excellent continued strong JRPG! Or continuation? Agarest zero plot takes us to 1000 years before the events of the original, and talk about how the forces of darkness were able to wake up after the almost complete victory of light over the chaos that will answer many questions: Who is the dark knights, why Vashtor, once strong warrior order and justice, Dark was the killer, driven by bloodlust; Summer will show the player born and more. As a player, once missed a series of Agarest on PS3, I was pleasantly surprised Original: custom concept: the hero can not defeat the evil one generation, because this process is extremely complex and time-consuming, and, in addition, he must sacrifice himself and his bride for a complete victory for the forces of darkness in the continent and the weakening of the summer, the demon lord. Thus, the path of the hero took the children, grandchildren and great-grandchildren of the hero, continuing the glorious tradition of struggle against evil. Fighting component, as well as the concept of character development, were also at the height, however, are not without drawbacks and tighten the fights and the plot in the last two generations, annoying quest zone with an endless stream of enemies, more "flat" characters, just fucking complexity enemies closer to the end Games and boring crafting system. New Agareste most of the shortcomings missing data:
- The game is not yet ripe in terms of graphic design: colors of the world is no longer clouded, portraits of heroes got the volume and animation, and the girl is now a change of clothes depending on the actions of the main character in the way of winning their hearts,
- In a game added to the output - the event, during which you will be able to meet with his friends, paralenno improve relations with them and get the opportunity to earn bonuses are sometimes very hard Equipment / PP
- Quest Zone no longer annoy the player endless stream of monsters, and the absence of any direction indicators. For the disappeared (thank God!) Counter moves quest zone is a miniature copy of the map of the world, a stylized landscape with specific nodes, caches.
- History is interesting and all, despite some repetition, which, however, can also cause a nostalgic smile.
-also There is the opportunity to play a simplified version of the original Agaresta (Simplified concerned about the lack of cells with monsters, except battle scenes), which is framed as a quest zone "Gateway to the Future", where we can visit all the key events, and you can use the zero character, and on the contrary, to move some of the characters in the original prequel (freely available Ellis, under this title, S. 5 generations and their beloved, others are only available when buying DLC ​​with Forbidden Tome 6,7,8).
The disadvantages are the relatively high complexity of the fight after a few hours of play (as in my opinion) that, combined with the absence / off DLC may create some difficulties (for some it may be?); smaller than the original throughout the game, and, of course, the presence of "normal" and "true" result endings that negates the free choice of the game, as for the positive outcome of the game for Lion player must meet certain criteria and take the "right" decision in the key moments of the game. My advice: after beating the game, and usually ends up getting useful to refer to Hyde, which will be easier to get a large measure of the desired outcome.